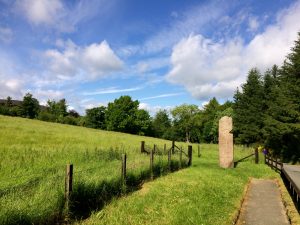 In the name of sharing. 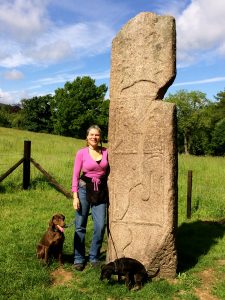 The Maiden Stone is easily seen at roadside, with parking just in front.

Persephone is over a stone wall, and 2 fences, hidden in thick woods. Carved by Sandy Smith (Persephone Photos: below Maiden Stone photos): 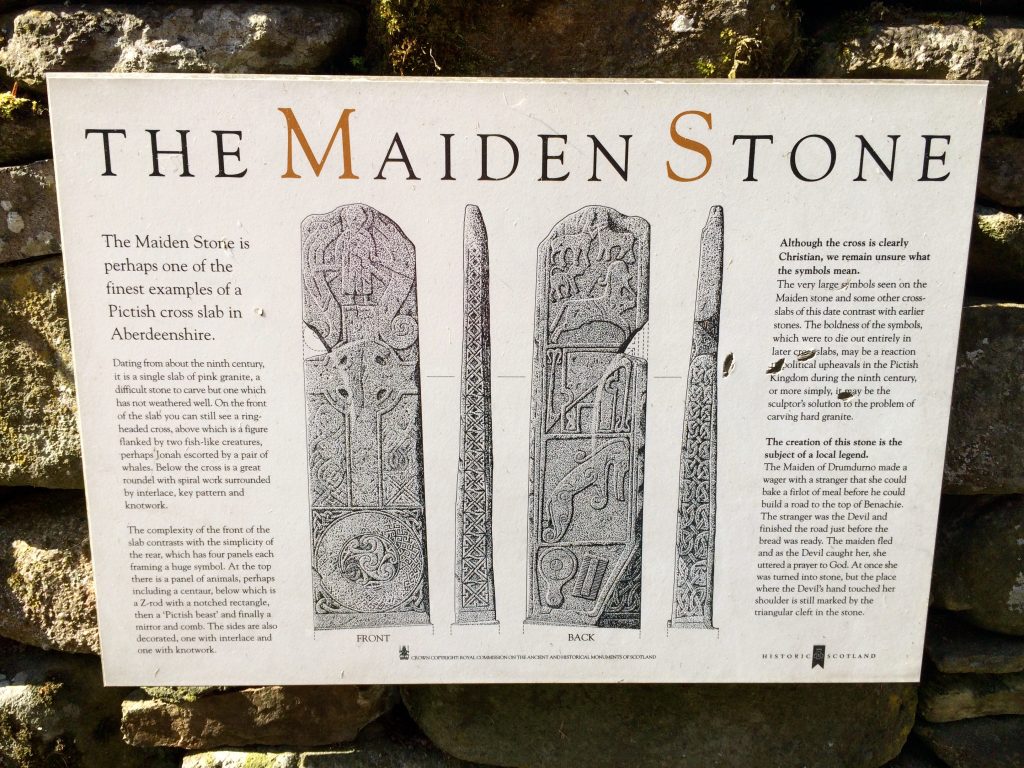 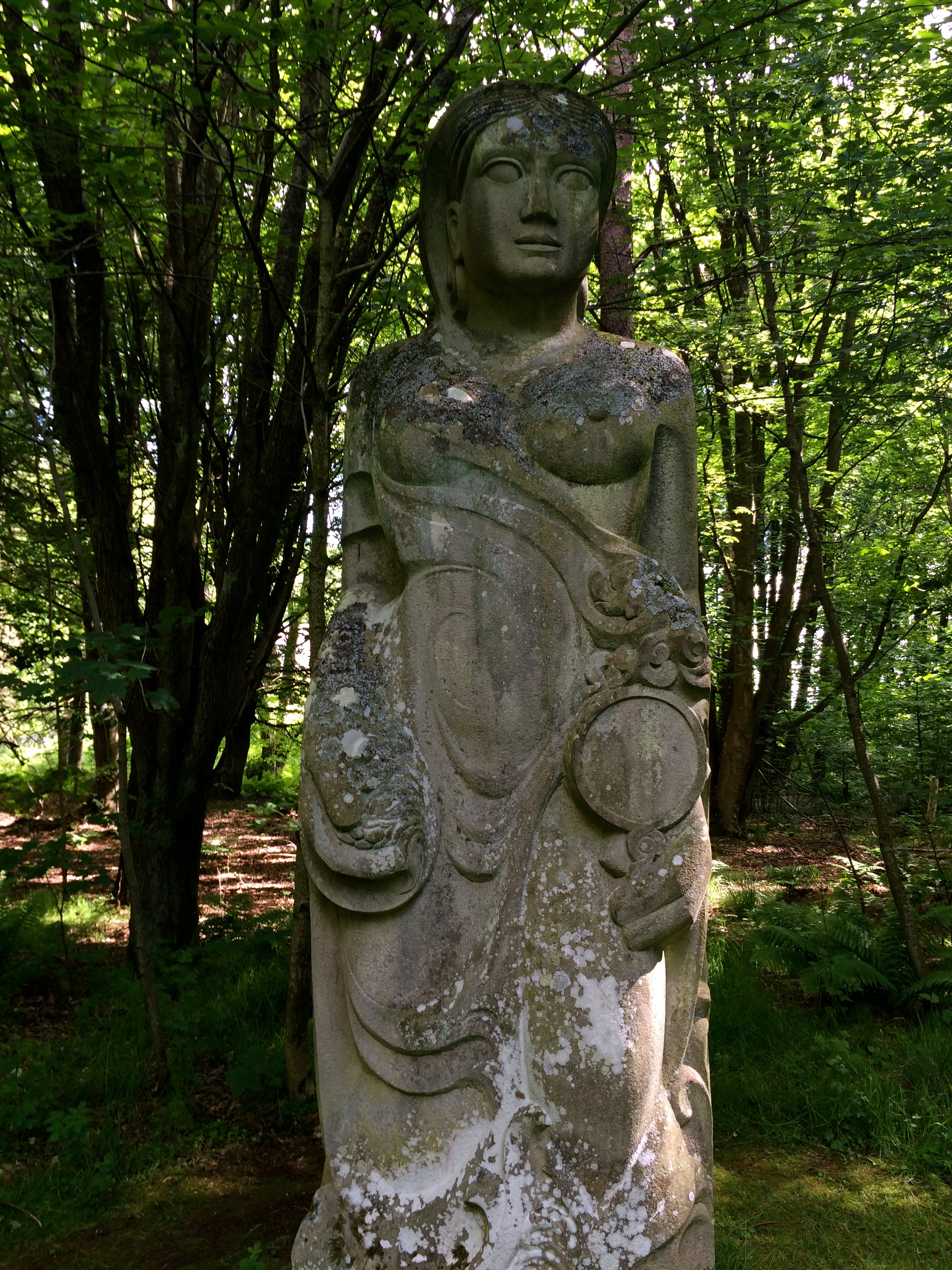 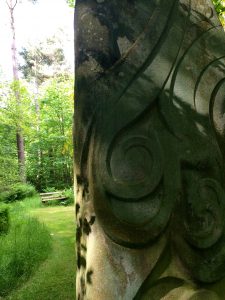 The Maiden Stone, also known as the Drumdurno Stone after the nearby farm, is a Pictish standing stone near Inverurie in Aberdeenshire in Scotland, probably dating to the 9th century AD. 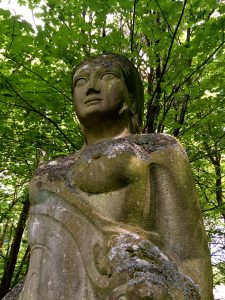 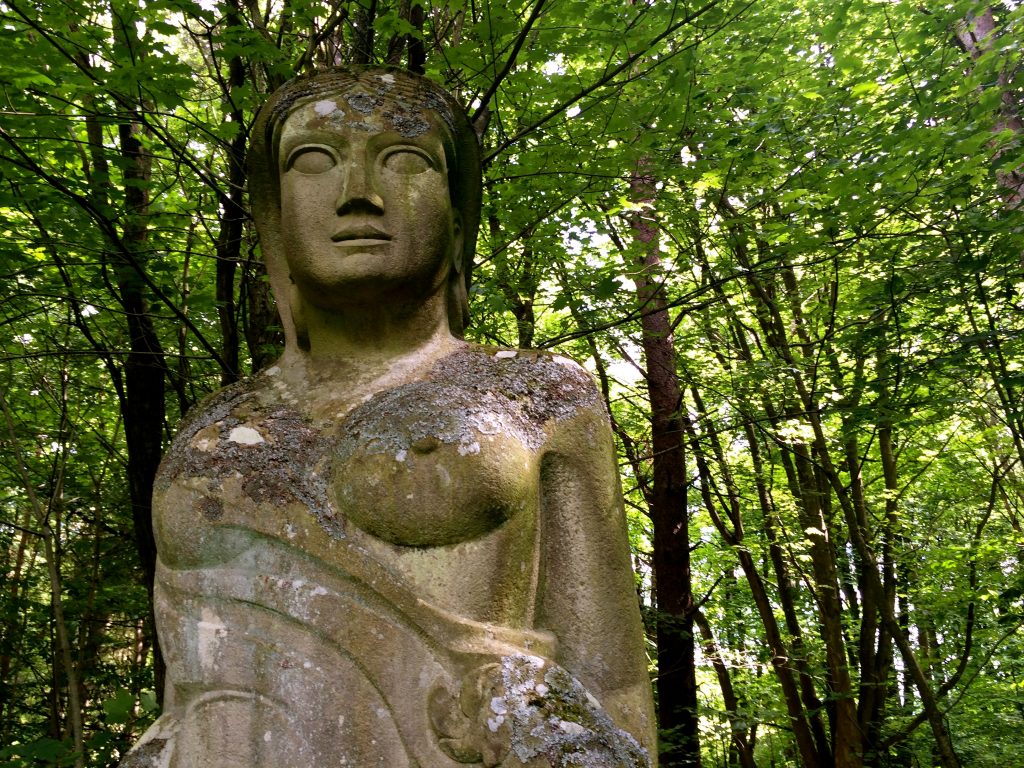 I can feel my life lit up by this presence, this living sculpture; changed, for good.

Stone Woman: Persephone ~ Sending great thanks to: Martin Watt, who offered: “Persephone statue, Crowmallie, Garioch, Scotland.
The wonderfully monumental statue of Persephone, carved from 8.5 tons of millstone grit, stands in a glade 100m to the west of the Pictish Maiden Stone.

It was carved 55 years ago by Sandy Smith an artist living in Crowmallie House.

The Statue carries a mirror as does the female on The Maiden Stone.”

I'm happy. Permaculture guides me to live knowing WE ARE NATURE. View all posts by Claire Anderson Graham